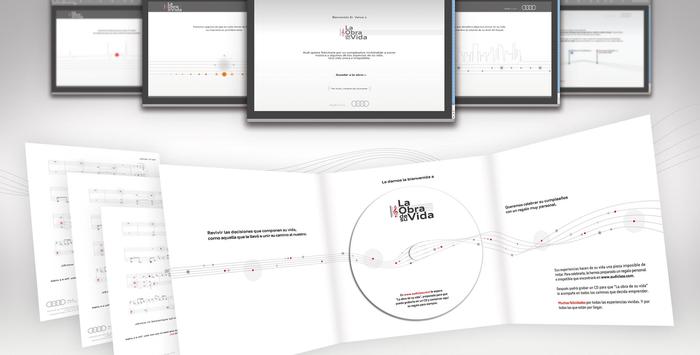 A regularly updated database is the key to a successful loyalty program but trying to get people to surrender information about themselves is increasingly difficult. They don’t want to fill in questionnaires and they don’t want to give out their email addresses. But that’s what Audi wanted. Information, freely given.

The task was to try to show that the data people provided would be used for more than simply trying to sell them more stuff.

To boost the action’s effectiveness it was decided to be sent on a key day for CRM: the client’s birthday, turning it into the brand’s birthday greetings message.