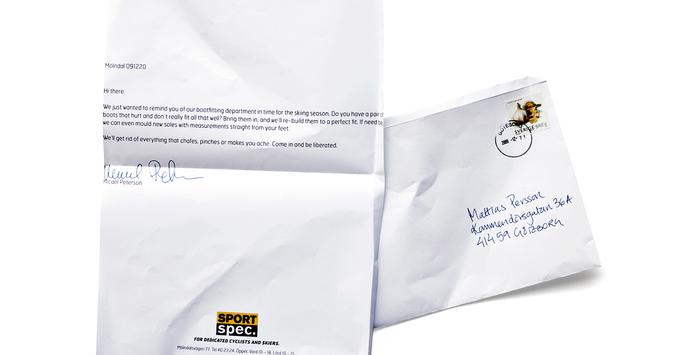 Sportspec is well-known in Gothenburg as a specialist in skis and alpine equipment. In 2010 they provided a new ‘Boot Fitting’ service. They offered to re-build the ski boot to fit their customers’ feet perfectly.

Their target was to perform five boot-fittings perday during the season and increase boot sales in general.