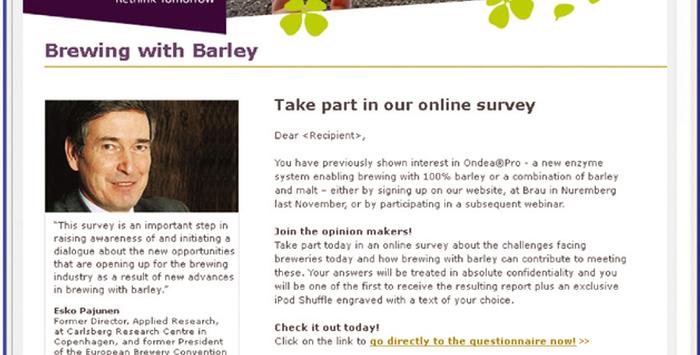 To persuade brewers to abandon 6,000 years of tradition in brewing beer. This is a pilot campaign directed at the management and head brewers of 96 major breweries all over the world. The total target group is 600 breweries.