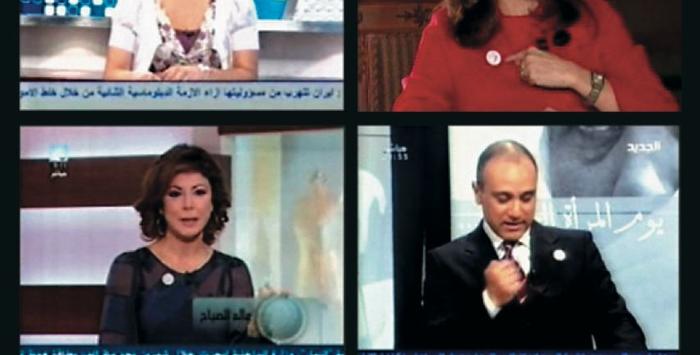 The Hariri Foundation asked Leo Burnett Beirut to help them campaign about the inequalities and disadvantages experienced by many women in Lebanon.

For instance, Lebanese women cannot give their nationality to their children if married to a foreigner and, in any contested divorce, they lose custody automatically of their children if they are aged 9 or more.

In addition, violence against women is commonplace.

In both the spoken and the written word, most sentences in Arabic are constructed using a male vocative. In other words, it is assumed that the listener or reader is male. This can be changed to a female vocative simply by adding an accent line or ‘kasra’ below the words.

The idea was to invite Lebanese women to ‘make their mark’ literally by adding the ‘kasra’ accent on strategically placed posters in public places.

Prominent Lebanese TV personalities were mailed before International Women’s Day on March 8th 2009 and asked to wear the ‘kasra’ badge and to talk about the issues, which many of them did on live television.

During the day the Minister of Education distributed ‘kasra’ stickers and urged all Lebanese women to get involved, suggesting that big changes happen through small actions.

The campaign sparked debate in all the news media, generating PR to a value of $1.8m and the slogan of ‘Getting things moving’ became a commonly used catchphrase.

This is the first important step on a long road to social change. Now everyone in Lebanon knows that women’s rights is an issue they all need to address.