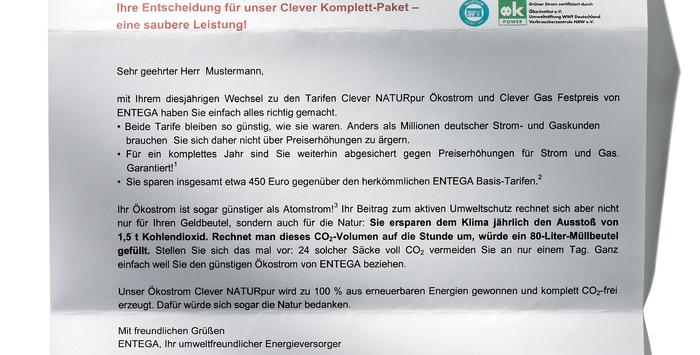 During the Autumn of 2007, most Germans received a letter announcing upcoming electricity price hikes. Despite customers of the ecological electricity supplier ENTEGA having guaranteed prices until 2009, the company knew that their electricity would eventually become more expensive. They needed to convince their customers of the long-term benefits of sustainable electricity.