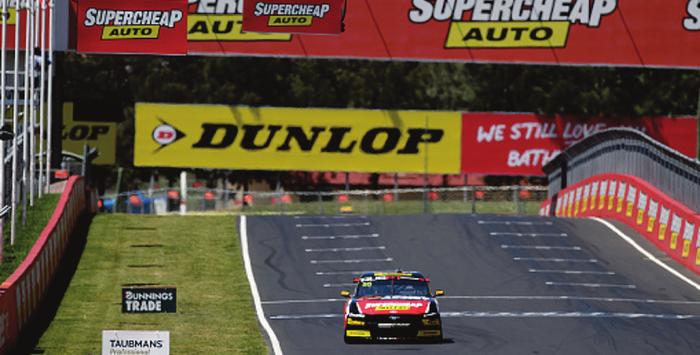 The Monkeys, part of Accenture Interactive 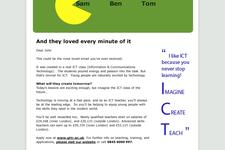 A mail and email campaign inspired by the 'Death of the Jelly Baby' experiment to capture the sense of awe and discovery possible in Science teaching.
Read 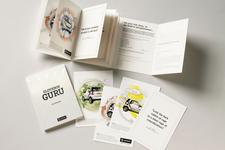 The Road To Enlightenment

The Road to Enlightenment is a whole new philosophy on city driving, hosted by Dr Tridion and brought to you by the new smart fortwo. The central hub of the campaign is Dr Tridion's site - www.smartenlightenment.co.uk - where you can learn more about your driving demeanour and explore the new fortwo. Customers were driven to the site via a series of interactive banner ads, demonstrating key product points in self-help language. A DM pack - The Glovebox Guru - contained self-help cards designed to calm distressed drivers. Supporting press, posters and radio elements were developed with AMV BBDO.
Read

An integrated campaign based around the question, 'can you see the potential in New Zealand Youth?' and juxtaposing images of youths engaged in seemingly anti-social behaviour with simple headlines suggesting what these people could become with the support of someone who saw their potential.
Read 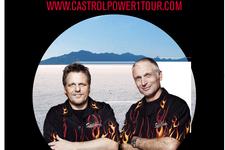 An integrated campaign surrounding Castrol’s sponsorship of the Swiss team Swiss Performance’s attempt to beat the historic Land Speed Record at the Bonneville Salt Flats in Salt Lake City, Utah. Prior to the world record attempt in September, the Swiss team tested their motorbikes on a 6,000km tour across Europe between April and June. Castrol supported this tour with advertising, promotional gifts and activation events, but principally with a multi-country website and blog that acted as a web reality show covering the progress of the tour.
Read 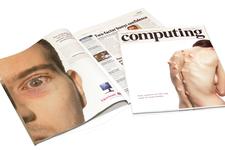 A press and online campaign dramatising the effects of poor monitors on their users to raise awareness of the ViewSonic brand and its range of ergonomic monitors and encourage users to ‘Demand a ViewSonic’.
Read 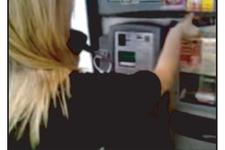 An integrated campaign for the launch of Gangs of London, using the latest image-recognition technology as well as traditional DM and print media to engage an audience wary of branded messages in the marketing of the game.
Read 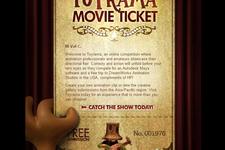 An integrated campaign to drive traffic to HP’s online Toyrama Contest. The competition invites digital animators and designers to create their own stop-motion animated films, using the characters and scenarios on www.hptoyrama.com, for the chance of winning Autodesk Maya software and a trip to the DreamWorks Animation Studios in the USA.
Read 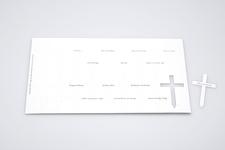 A ‘cemetery’ mail pack and website inviting creative and art directors to give their dead ideas a proper burial and go to Getty Images for inspiration on new ideas.
Read 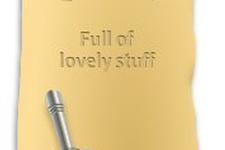 A mail and online campaign to promote the launch of the new Skoda Fabia and to tie in with the overall ‘Cake’-themed launch campaign.
Read 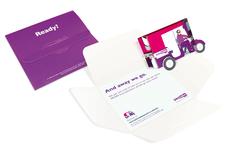 Tuk-Tuk - Taking You to Local Jobs 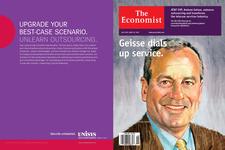 A highly targeted campaign involving personalised cover wraps, newscasts and microsites driving C-level executives to a fictitious online ‘Unlearn Center’ where their misconceptions about outsourcing could be replaced by truths.
Read 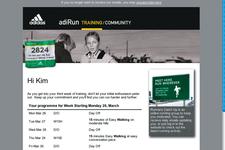 adiRun.co.nz is a world-first for adidas. It’s an online portal that acts as a motivational toolbox for mainstream runners, complementing their adidas running gear to help them achieve their personal goals. The initiative was promoted via an integrated campaign involving mail, press, radio, outdoor, ambient, POS and online.
Read 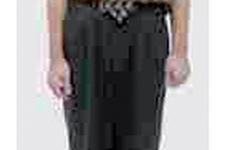 An integrated campaign to trial the launch of AUSTAR’s unwired broadband service. The idea is that AUSTAR’s service is so simple, it has made geeks redundant and so they are apologising to geeks and encouraging everyone to give them a hug.
Read 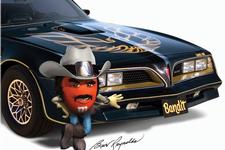 A TV and online campaign based on the notion that there is an M&M inside of everyone and that consumers can have fun embracing their ‘inner M’. The website gives provides users with hours of fun creating different M&M characters, photographing them and sending messages to friends.
Read 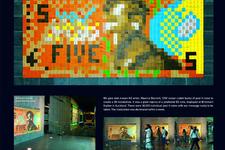 Innovative use of New Zealand $5 notes as an advertising platform for ASB’s new mobile cash transfer service. Stickers showing a pixellated ‘digital’ image of Sir Edmund Hillary were superimposed over his picture on the notes and entered into circulation. The campaign also involved an installation in which thousands of post it notes recreated a large scale picture of a NZ$5 note, as well as bus shelters that used ‘Hypertag’ technology to dispense digital cash to people’s mobile phones.
Read 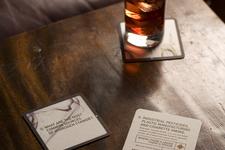 An integrated campaign to raise awareness of the dangers of smoking, focusing on the poisons in the smoke rather than demonising the smoker. The campaign included a chemical tanker painted to look like a cigarette, cocktail menus listing the ingredients of smoke and a documentary-style TV campaign interviewing real people who work with chemicals.
Read 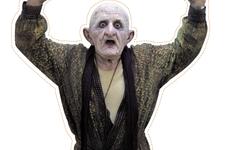 An integrated campaign built around bringing a fictitious character called ‘History’ to life, introducing him to the online community and stirring up young football fans’ passions for the Socceroos and the Nike brand. The campaign involved TV advertising, print and street posters, a website, mobile content, interactive advertising and desktop applications.
Read 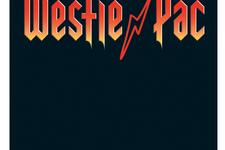 An integrated campaign leveraging the New Zealand subculture of ‘Westies’ with their mullets, heavy metal and black t-shirts, to sign up students to Westpac’s Student Pack.
Read 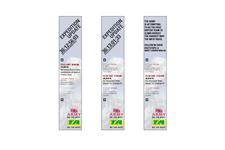 When the British Army attempted to climb Everest the hard way, advertising, press and PR followed their progress. Email and online advertising drove traffic to www.armyoneverest.mod.uk where there were video clips and content about the expedition as well as the opportunity to find out about careers in the Army.
Read 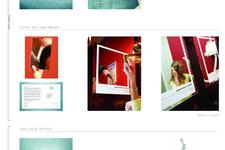 An integrated campaign focusing on Harington’s expertise at colouring and styling. Eschewing the more common model shots, press and poster executions use graphical imagery to highlight the hairdresser’s perfectionism. Ambient and mail pieces in the form of a mirror humorously remind customers to make an appointment.
Read 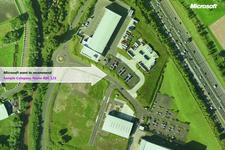 An integrated, personalised campaign to persuade Microsoft Partners to join the Microsoft Small Business Specialist Community. Featuring direct mail, email and a microsite, the campaign was based around the idea of ‘putting your business on the map’ and used aerial mapping and postcode data to do so.
Read 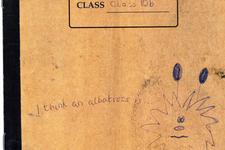 Part of the multi-media ‘Save the Albatross’ campaign, the direct mailer takes the form of a school satchel, containing postcards of drawings created by students at Thorpe Hall School, and a child’s textbook with information about the albatross and how supporters of the RSPB can help stop it from becoming extinct. Other elements of the integrated campaign also drew on the children’s imaginative answers when asked what they thought an albatross was.
Read 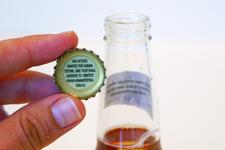 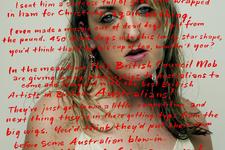 An integrated campaign based on the central idea of whinging Poms to encourage young Australians to apply for a placement with a British creative guru.
Read 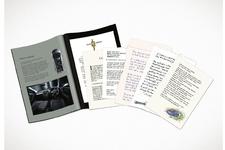 An integrated DM and microsite for the R-Class launch, based on the proposition: ‘Six perspectives on one great experience’. Six writers from diverse fields share their first impressions - each from a different seat / perspective. The mailpack includes their written words, on paper suited to their genres, while on the microsite the authors’ spoken narratives are accompanied by stylish illustrations.
Read 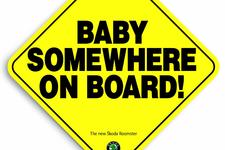 Skoda’s campaign to launch the new ‘Roomster’ model in the UK started with a pre-launch microsite providing product information and an opportunity to data capture. This was followed by direct mailings, press inserts and online ads, each using different creative executions to emphasise the ‘roominess’ of the Roomster.
Read 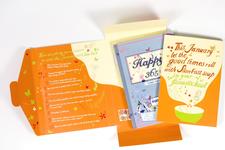 An integrated campaign based on a new range of products and the central proposition that you can ‘Slim Happy’ with Slim.Fast, in order to give Slim.Fast a major image overhaul.
Read

An integrated campaign at and around cricket grounds to promote Sky Mobile TV on Vodafone Live! 3G
Read 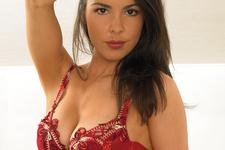 An outdoor, print, online and in-game campaign in which ads for INFECTED gradually ‘infected’ other surrounding ads. These decaying ‘fake’ ads directed the viewer to their websites, which themselves became infected before redirecting visitors to the INFECTED website.
Read 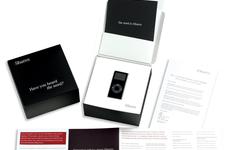