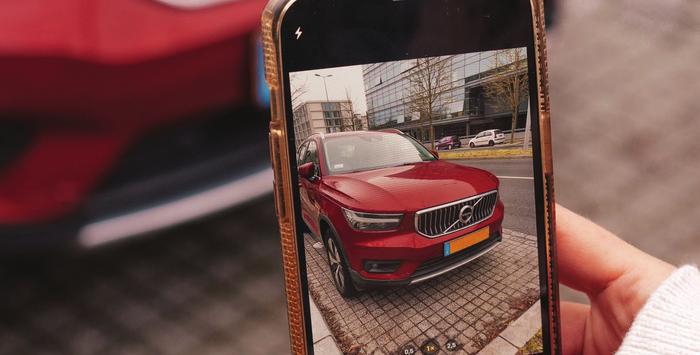 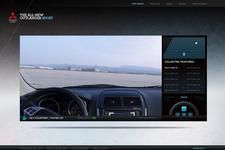 A real Outlander Sport was rigged with multiple POV cameras, advanced electronic receivers and state-of-the-art servo motors to control the vehicle’s dynamics and sync it with precision GPS mapping to allow participants the remarkable opportunity to drive it via interactive remote control.
Read 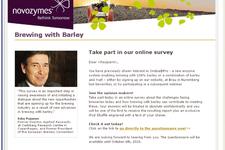 Chalenge was to persuade brewers to abandon 6,000 years of tradition in brewing beer.
Read 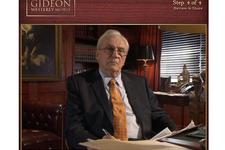 Plead Your Case was a Facebook experience that allowed users to build a case for why they deserved the smartphone they wanted for the holidays.
Read 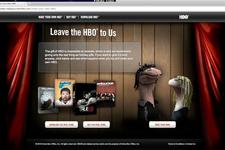 The website allowed people to recreate scenes from either Eastbound & Down or True Blood, in a virtual sock puppet show. Using technology that required neither markers nor laser printouts, people performed by opening and closing their fingers and reading from our virtual teleprompter.
Read 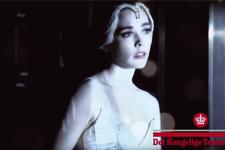 The Swans Are Back

The ballet Swan Lake was failing to attract the usual audience numbers, perhaps because of the lingering effects of the global financial crisis, perhaps because the average ticket price was on the high side at DKK 638 (about £71 GBP).
Read 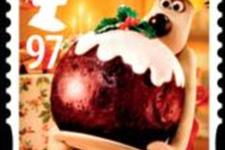 Royal Mail teamed up with Aardman Digital to create sharable Wallace & Gromit stamp avatars. Users could put their image on Facebook, or turn it into a real stamp book (perfect for Christmas cards).
Read 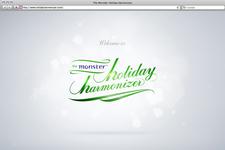 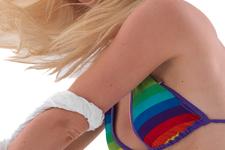 The ‘12 Second Strip’ concept used digital outdoor media to direct participants to 12secondstrip.co.uk, where they could upload a video of their own strip to YouTube, the best entry winning a Wind Roadster. People were invited to remove (most of their) clothing within the 12 seconds it takes the roof of the Wind Roadster to retract.
Read 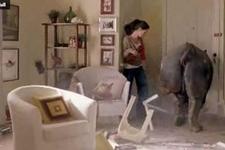 A hilarious microsite was created which showed tongue-in-cheek behind-the-scenes documentaries about the crazy pets shown in the commercial, Rusty the rhino, Bruno the ostrich and Max the bison. Each concluded with the tagline: Maybe you should get a dog.
Read 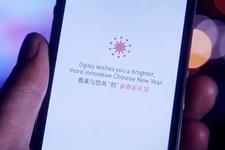 Opening the app launched the camera function, so users could add a variety of fireworks to any scene at which they aimed their phone's camera. Point your iPhone at Tianamen Square, for example, and add even a bunny-shaped firework display to the scene, because, of course, this is the Year of the Rabbit.
Read 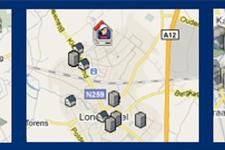 Give Your Online Home To The Homeless

To create awareness of the problem as well as to raise funds, people were invited to hand over their Facebook profile page to a homeless person for 24 hours. The homeless person was added to the profile picture of the user and, for a day and a night, he or she would virtually live on the user’s Facebook page. They could post a few messages and create links. For example, a link to ERA’s online shop, where donations could be made.
Read

Home Made is Best

To concentrate on what IKEA cookers can make rather than the cookers themselves, the agency created a recipe book. Containing 30 classic Swedish recipes for cakes and cookies, the book was designed to look like no other recipe book.
Read 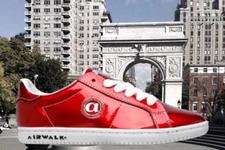 Y&R’s Branded Content division came up with the notion of the Invisible Pop-Up Store’, which made use of a free augmented reality application called GoldRun designed for the iPhone.
Read 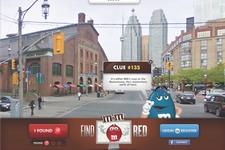 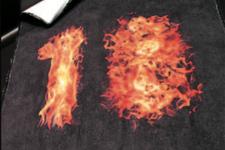 Conventional wisdom says you can only sell a car online iof the price is discounted substantially. The challenge for the agency, then, was to sell 15 MINIs from the new online store at full price.
Read 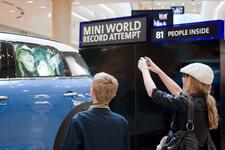 The agency wanted to create a digital first, a pioneering idea that would be true to the spirit of MINI. To allow people to appreciate the Countryman’s generous size, an installation was created which encouraged and allowed people to take part in a world-record attempt to cram in as many people into the car as possible. But digitally.
Read 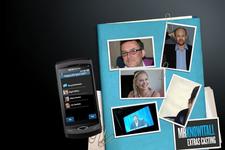 The strategy was to create an entertaining piece of content starring a fictional character called Mr Knowitall.
Read 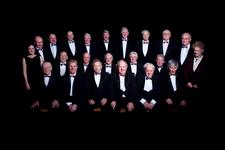 “Please ReTweet Me” is an ironic reworking of Engelbert Humperdinck’s 43-year old hit “Release Me”.A video of the choir singing the anthem was uploaded onto YouTube and onto www.meningitis-trust.or and a PR, blogger outreach, Facebook and Twitter campaign was supported by pay per click search marketing.
Read 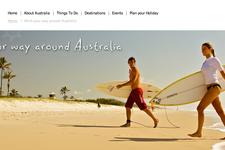 The aim was to harness a channel which the target audience used every day to chat and share aspects of their lives with each other: Facebook. To get them talking about Australian working holidays and excited about the destination, 18-30 year-olds were invited to take part in a competition to win a working holiday. All they had to do was involve as many of their friends as possible.
Read 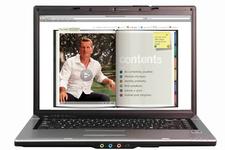 The Journal - Ministry of Health

Applying best-of-breed relationship marketing techniques to the process, DRTV featuring rugby star John Kirwin drove people to a website where, through web, txt and email, they could treat thmselves or be directed straight through to a doctor.
Read 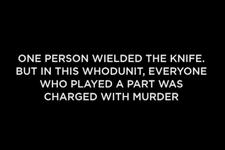 To educate kids about this complex issue of Joint Enterprise, an interactive murder mystery was created for Facebook, about the murder of a boy called Deon. The story Was about Rochelle, who started a nasty rumour abut Deon flirting with someone else’s girlfriend.
Read 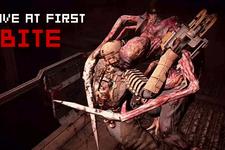 What could accurately convey the nature of the game yet still communicate its coolness to a broad audience? The answer was simple: your mom.
Read 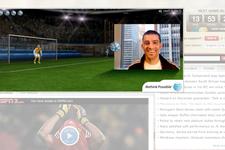 The solution was to turn an ordinary media buy on ESPN.com into the world's first webcam-enabled soccer game in a banner. Using motion capture technology that tracks the movement of your head, they allowed users to have some serious soccer fun in a fully immersive game experience.
Read 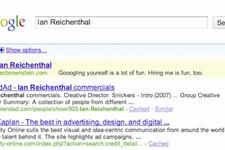 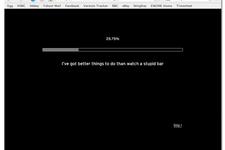 To dramatise how much time is wasted through small interruptions in the work environment, an email to key purchasers and decision makers within organisations on the Video Arts database was sent at 4.59pm, suggesting it was time to leave work for the evening. Recipients were directed people to the landing page for a free lesson in time management.
Read 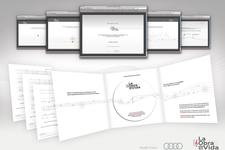 It was decided that the campaign should start on the Audi customer’s birthday, one piece of information that was already logged in the system. They were mailed what appeared to be a birthday card containing a CD sleeve with a blank CD inside. They were invited to go online and create the musical soundtrack to their life and then record it on the disc provided.
Read 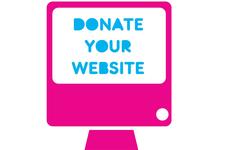 GRACC emailed a number of company bosses asking not for money but for the loan of their websites for one day.
Read 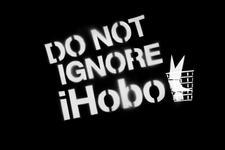 A young homeless person was put in the pocket of the target group. Or, more accurately, on their iPhones. The fate of ‘iHobo’ was in their hands. Treated well, iHobo thrived. Left un-cared for, his inevitable decline into hard drugs played out on their screen (the shocking reality for 3 out of 4 young people who become homeless).
Read 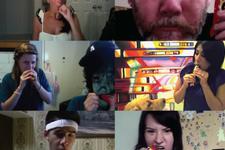 The idea is simple: Think you can eat a Picnic in the space of a TV ad? Prove it. In this world of tweets, posts, blogs, tubes and books there’s a real race for ‘getting yourself out there’. This campaign offered the ultimate prize – fame on national television.
Read 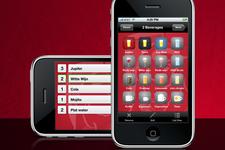